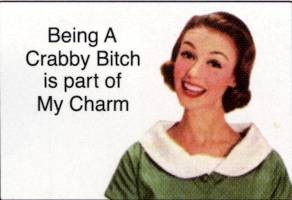 doesn’t matter who you are or where you live. people are generally moody.

most every day i ride the bus downtown to work and everyday i see the exact same people. do they nod or give any indication that they recognize one another? how about when i smile or say “mornin'”?

in fact, they are even rude sometimes!

please pardon the hippy-love-posting but COME ON!

it would all be soooo much less painful if we were even just MILDLY more cordial to one another.

it prolly wouldn’t work, but if i were to print off some steps to make commuting less of a grudge match, they would look something like this:

1. smile – looking at people as if they’re a dog that’s pissed on your rug doesn’t encourage anyone to have a great day, much less be nice to you.

2. say “hi” once in a while. it works great and feels that way, too. most times people won’t expect you to carry on a full conversation after, either.

3. don’t be afraid. fear bleeds out of people in many ways and makes an impact on others.

4. don’t judge people quietly behind your eyes. they’re not who you think they are. really.

5. patience is the key to a peaceful world.

6. don’t worry what people think about your shoes, your smell, your hair. they’re not thinking about you anyways you selfish bastard.