In meetings, I doodle and draw, which typically turns into a sort of list-making. Doing this helps me listen and remember things, connect pictures to notions, ideas to processes, priorities to actions, and helps me quickly synthesize things that are said into succinct, concrete tactics and strategies to help myself and others understand complex things better. These often turn into lists.

As I get older, I do this more and more, which means I’m starting to get pretty good at it. Yes, I do this with paper and pencil. Then, if it’s a keeper, I take a picture of it with my phone and attach it as an artifact to a relevant project folder in the digital realm. 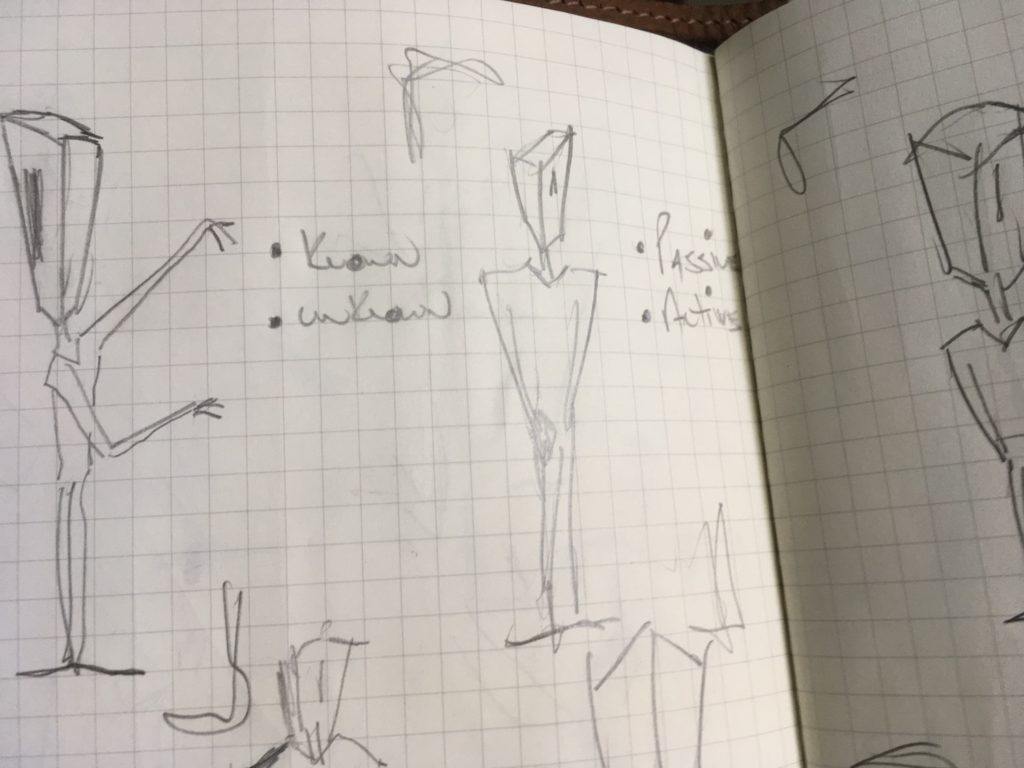 To be honest, I don’t really make lists, at least, not in the traditional way most people might imagine. My drawings evolve or devolve (as the case may be) into lists and, even though they often don’t look like typical ones, they provide some incredible (and often unexpected) value:

Taking time to make lists is what I call “in between moments” because it never takes very long and can be done in between higher priority sorts of tasks. An analogy might be like stopping, taking my glasses off (if you wear glasses you understand) and, for the time it takes to clean them, considering my options for the day, clearing my mind completely or thinking of something I’m looking forward to. It’s restorative and is a positive way to break up the day and move forward with greater clarity.

Some lists I’ve made that are my favorites have come about in the most unlikely ways and times, too. For example, I once found myself in between moments wherein I had to be patient and endure a challenging situation with some tough personalities. Next thing I knew, I was quietly listening, drawing my doodles/lists, iterating and chunking them off into groups a la the Cynefin Framework, a tool I often use in my work (there’s a separate post on that here).

I was inspired by the challenges of that moment because, without any real intention, I found myself making lists of the kinds of value I bring to teams. I unwittingly considered a ten year span of my work in technology across industries, disciplines and sectors. I made about a dozen lists in that context without thinking much about it, just riffing. Out of the batch, my two favorite ones were clear: illicit vs. explicit or “unknown value” vs. “known value”.

There is no way I could have known how that list of unknown values would impact the course of my life and work in the days ahead. In a nutshell, that single list led to some pretty cool choices and decisions that I could not have anticipated or discovered in any other way.

In a world where so many things seem so far out of our control, making lists is a worthwhile way to spend a few moments regaining some semblance of it. In addition to a centering sort of feeling making lists can offer, I hardly ever know how they will unfold, where they will lead or how they will shape my own future in some small way for the better.