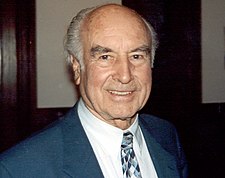 Albert Hofmann, the father of the mind-altering drug LSD whose medical discovery inspired millions and caused controversy in others in the 1960s, has died. The good doctor died Tuesday at his home in Burg im Leimental in the village near Basel where he moved following his retirement in 1971.

For decades after LSD was banned in the late 1960s, Hofmann defended his invention.

“I produced the substance as a medicine. … It’s not my fault if people abused it,” he once said.

The Swiss chemist discovered lysergic acid diethylamide-25 in 1938 while studying the medicinal uses of a fungus found on wheat and other grains at the Sandoz pharmaceuticals firm in Basel.

He became the first human guinea pig of the drug when a tiny amount of the substance seeped onto his finger during a laboratory experiment on April 16, 1943.

“I had to leave work for home because I was suddenly hit by a sudden feeling of unease and mild dizziness,” he subsequently wrote in a memo to company bosses.

He said his initial experience resulted in “wonderful visions.”

“What I was thinking appeared in colors and in pictures,” he told a Swiss television network for a program marking his 100th birthday two years ago. “It lasted for a couple of hours and then it disappeared.”